GEARex® couplings made from steel with grease lubrication and toroidal sealing ring correspond to the international standard. Being flexible shaft connections they are suitable for a positive torque transmission. In addition, they ensure to compensate for axial, radial and angular shaft displacements. 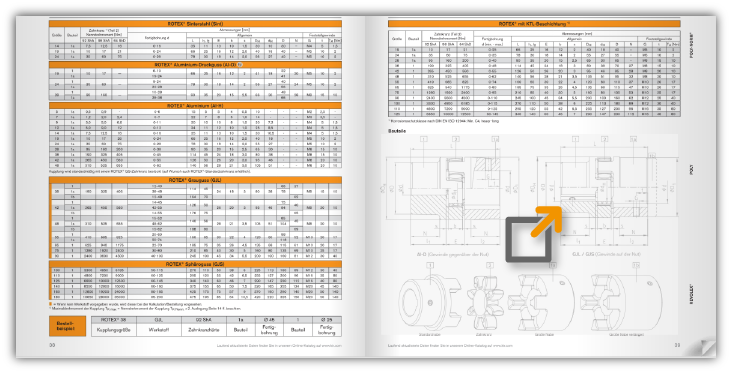 According to the operating principle of the well-known crowned gear edge pressures in the spline are avoided in case of angular and radial displacements. Moreover, permanent grease lubrication produces a better friction ratio of the spline with an operation almost free from wear along with a long service life of the coupling.

In order to ensure a regular and verified lubrication in assembled condition, two connections for hydraulics are arranged opposite to each other radially on each coupling sleeve. As a result a complete GEARex® coupling has four connections being offset to each other by 90°.

The interior of the coupling is sealed by means of toroidal sealing rings (NBR 70 ShA). The feather keys have to be sealed against escape of lubricants during the assembly. 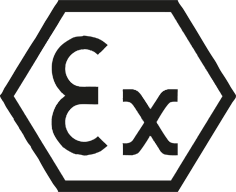 This type is certified and confirmed according to directive 2014/34/EU as unit of category 2G/2D and thus suitable for the use in hazardous areas of zone G1, G2, D21 and D22.